How to Convert iTunes Movies to iPhone 5S?


The long-rumored iPhone 5S is around the corner on September 10th, following an invitation to the media from Apple with a statement "This should brighten everyone's day". iPhone 5S is surely going to be the poster-boy for the new operating system- iOS 7. The predecessor, Apple's iPhone 5 has been on the scene for a while whose thunder is in danger of being stolen by the Android Army. Apple's new iPhone 5S is expected to look a lot like the current iPhone 5, but it is said to feature a faster processor, an upgraded camera with a dual-LED flash and a major internal overhaul that will likely make room for a fingerprint scanner. 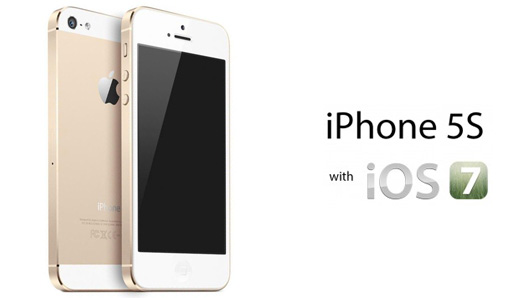 With all those improvements, there is no doubt that iPhone 5S will be more suitable for video watching. You must be dying to watch your iTunes purchased or rented movies on this new device as long as you get one. Fortunately, iTunes M4V movies can be played on Apple devices. But for iTunes rentals, you can only keep them for 30 days. Once you start to play the movies on iPhone 5S, you have only 24 hours to watch them. If you want to remove time limitation and keep iTunes rentals forever, it's recommended to use AVS4Mac iTunes to iPhone 5S converter to remove iTunes DRM protection and convert iTunes movies to iPhone 5S unprotected formats MP4 or MOV.

How to Convert iTunes Movies to iPhone 5S


What's more, after removing DRM, iTunes movies will not be limited to Apple devices. You can watch the movies in any video player and Android or Windows devices such as Samsung Galaxy Series, Amazon Kindle Fire, Sony Xperia Z, HTC One, Google Nexus, Windows Phone 8, etc.


It's been reported that iPhone 5S would have a Retina+ Sharp IGZO display, which would have a 1080p Full HD resolution. It's also been widely reported that Apple could introduce two handset sizes as it seeks to compete with the plethora of Android devices now on the market.


According to the leaked specs, the iPhone 5S include an NFC reader, a Fingerprint Reader, a 4-inch 1136 × 640 display and a new 12 megapixel backside camera with dual LED flash. The new handset also allegedly boasts 2GB of RAM, a quad-core SGX 554MP4 GPU, an A6 CPU and improved LTE. It also has a bigger battery than its predecessor.


Perhaps most significantly, it currently looks like there will be a champagne (light gold) and graphite variant of the iPhone 5S. These are only marginally different from the existing slate-black and silver-white models, but they fit in nicely with Apple's drive to provide more variety.